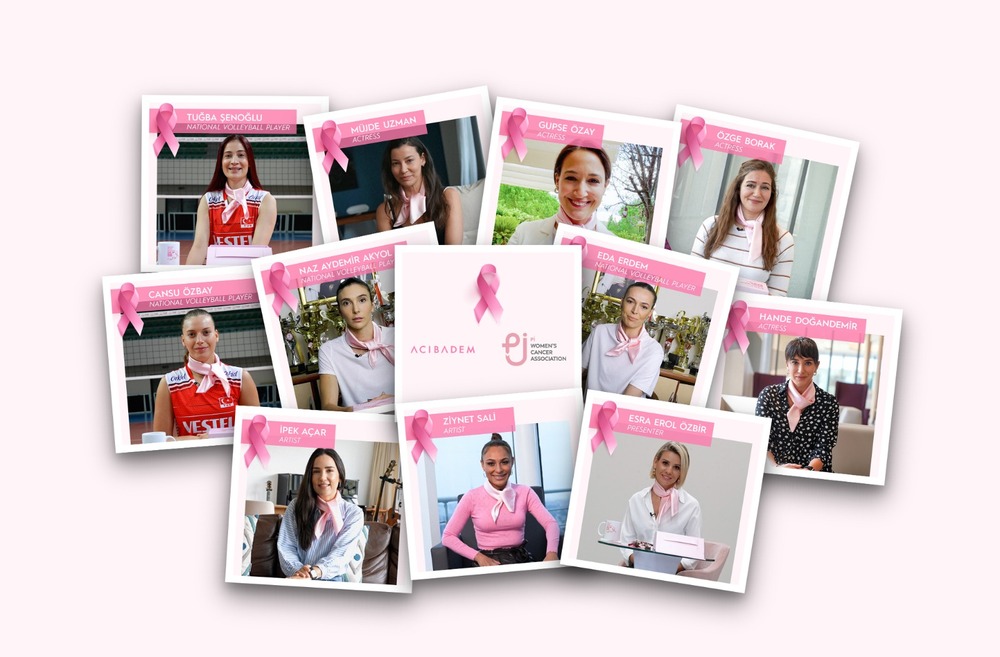 Held during Breast Cancer Awareness month in October, the ‘Pink Scarf’ campaign is a social responsibility project by our Turkish colleagues to promote early diagnosis of breast cancer through self-examination, ultrasound and mammography to screen for breast cancer.

Fourteen renowned opinion leaders in Turkey took part as Awareness Ambassadors to advocate their support complimentarily. As the ‘Pink Scarf’ makes its way across seven countries including Russia, Romania, Serbia, Croatia, Kenya, Dubai and Jordan, these ambassadors take turns to appear on video daily, ending with “Let’s see who will wear the Pink Scarf tomorrow. Stay Tuned”, to generate excitement and curiosity.

To spread the word on social media, Acibadem Healthcare also collaborated with Pembe İzler Women’s Cancer Association, a non-governmental organization, to put together a gift box for actors, actresses, artists and sportswomen. The themed box contain a brochure that explains self-examination, a token gift for female health check-up, a mug and a “favour necklace” designed and created by famous journalist Ayşe Arman.

Once again, the team has pulled off a successful campaign, with the help of influencers with 5 million followers in total, in Turkey as well as internationally.