Gifting A Second Chance At Life 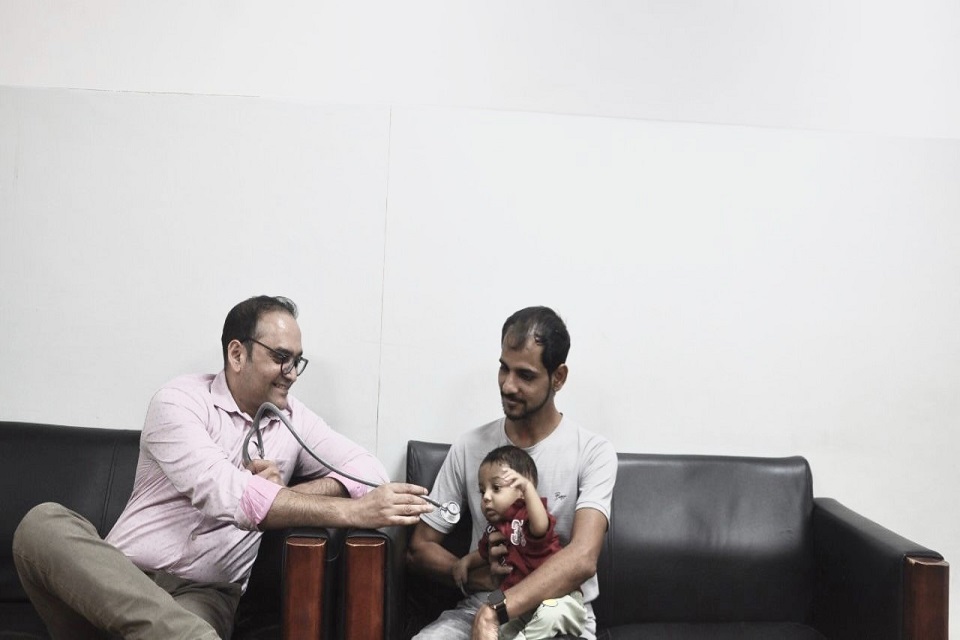 Ever heard of Tyrosinemia? It is a rare metabolic liver disorder that manifests as progressive liver failure.

Our team at Global Hospitals, Parel, Mumbai, was met with a challenge when a four-and-a-half-month old infant suffering from this disease with acute and chronic liver failure was brought to them for urgent medical attention.

The infant’s only hope of survival was to undergo a liver transplant, but to add to the complexity, his father as the donor, had an unmatched blood group.  Undeterred, our liver transplant team rose to the challenge.

After carefully examining the situation and antibody levels in the child's blood, the team decided to proceed with an ABO incompatible liver transplant with the child’s father as the donor.

The operation was a success only made possible by our liver transplant team led by Dr Gaurav Chaubal, Director, Liver Transplant, assisted by Dr Lalit Verma, Paediatric Hepatologist and Dr Fazal Nabi, Paediatric Intensivist. The child is now discharged and living a normal life. Well done to the team for giving our young patient a second chance at life!