From Sorrow To Strength 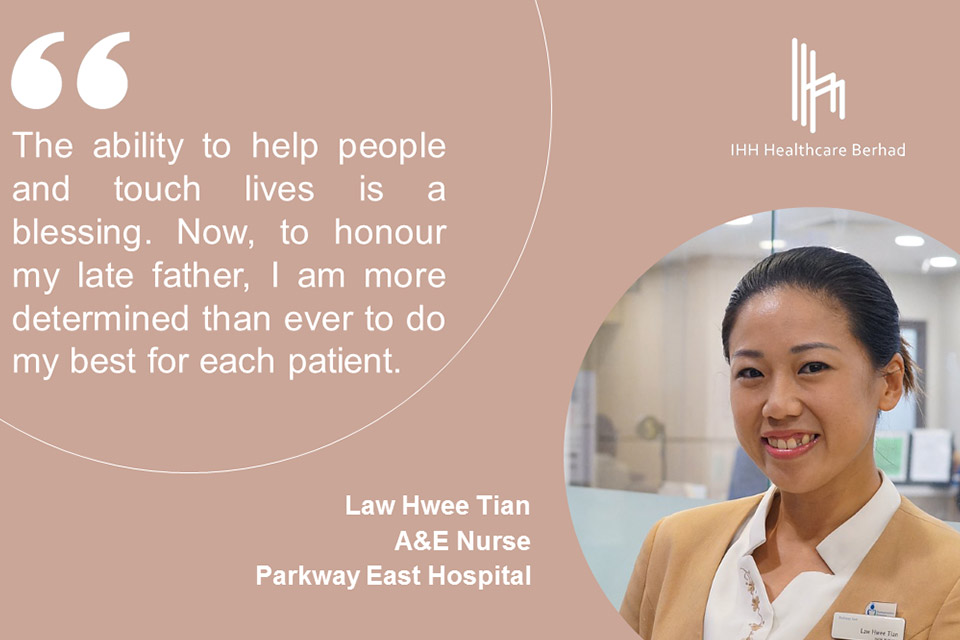 It was hard not being able to bid her sick father a final goodbye due to COVID-19 travel bans but Parkway East Hospital A&E nurse Law Hwee Tian was determined to do her father proud by bringing comfort and help to those in need.

Two incidents that happened within days of her father’s sudden demise allowed Hwee Tian to do just that. An old lady was knocked down by a van just outside the hospital and Hwee Tian was one of the first responders to render help. Two days later, while driving along the expressway, she came across an accident scene. Hwee Tian stayed by the victim’s side while waiting for the ambulance to arrive and lent a listening ear when she shared about her emotional distress and her recent loss of employment.

To Hwee Tian, these incidents were a reminder of her calling as a nurse.

“I felt it was my dad’s way of telling me I was doing a good job and that he was proud of me for being able to render help no matter the situation.”

Instead of letting her grief get the better of her, Hwee Tian has strengthened her resolve to do more for her patients and the people around her. We are proud of you, Hwee Tian, for showing us what it means to be a nurse.