He was appointed Group Chief Operating Officer of IHH with effect from 1 January 2020. He was previously Chief Executive Officer of IHH’s Malaysia Operations Division where he was instrumental in providing strategic direction and leadership for the Group’s integrated healthcare businesses in Malaysia.

Mr Sim has extensive experience spanning over 19 years in the public and private healthcare industry. Prior to joining IHH in 2017, he held leadership roles within the National University Health System and National Healthcare Group in Singapore.

Mr Sim began his career with the Singapore Administrative Service and held different positions at the Ministry of Finance, Community Development Council and Ministry of Defence. In 2000, he founded a company that developed business-to-business trading hubs before joining Accenture where he was responsible for developing thought leadership, concepts and innovations on next-generation revenue.

Between 2008 and 2015, Mr Sim was also an adjunct lecturer at Nanyang Business School, during which he was recognised with a Teacher of the Year Award. He was also an Adjunct Associate Professor at the National University of Singapore’s School of Public Health and Business School before he joined the IHH.

Currently he sits on the Board of IHH’s subsidiaries, PLife REIT and Fortis Healthcare Ltd, as a Non-executive Director. 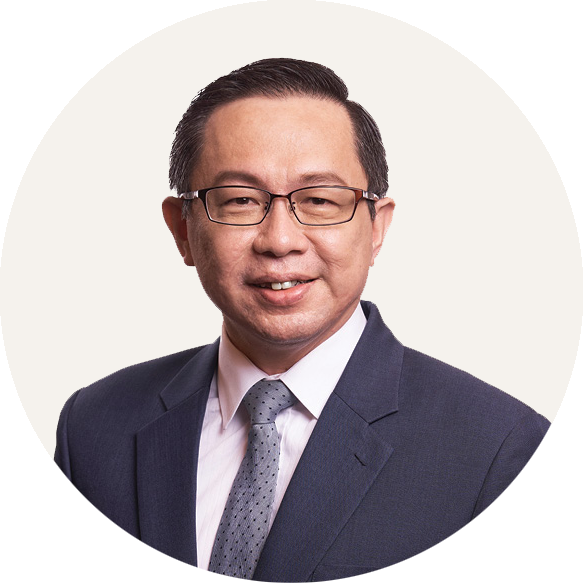